Klingon, Orion and Gorn; the Reliquary

Starfleet’s resources have been stretched thin since the end of the Dominion War. A series of cataclysmic events both within the Federation and on its Spinward-Coreward borders forced Starfleet, for a time, to protect itself.

A scant ten years after the worst conflict Starfleet had seen for 120 years, the Federation witnessed the destruction of Mars in 2385 and the Romulan supernova after that. As a result, Starfleet pulled back on all fronts where it could and diverted those resources.

No border went unscathed in these lean times. Starfleet had to compromise, capitulate, and negotiate rather than rely on its commonly held ideals. Much of their focus remained along the former Romulan Neutral Zone and the ongoing assistance of trying to rebuild a better Cardassia. New opportunities in the Delta Quadrant felt like a fresh start. And the Borg threat seemed distant (yet they remain ever the Bogeyman). The Romulans are of little danger, splintered into three factions as often at each other’s throats as any other.

The forced consolidation of borders that saw the most collateral drawback was the Rimward-Spinward frontier of the Federation: the Klingon and Gorn theatre. As allies with a bond strengthened by fighting shoulder to shoulder in the Dominion War, Starfleet didn’t see a potential security issue with the Klingon Empire. And, dutifully, the Klingons have remained staunch allies. Their Chancellor, an aging Martok, supports the Federation-Klingon Alliance, and he has an ambassador that he trusts to make inscrutable Human motives make more sense to him.

But it has not been the placid stability the Federation hoped for when they chose to pull back. And now, as Starfleet understands its presence may be necessary again, they find that the vacuum left has been filled, in part, by others. 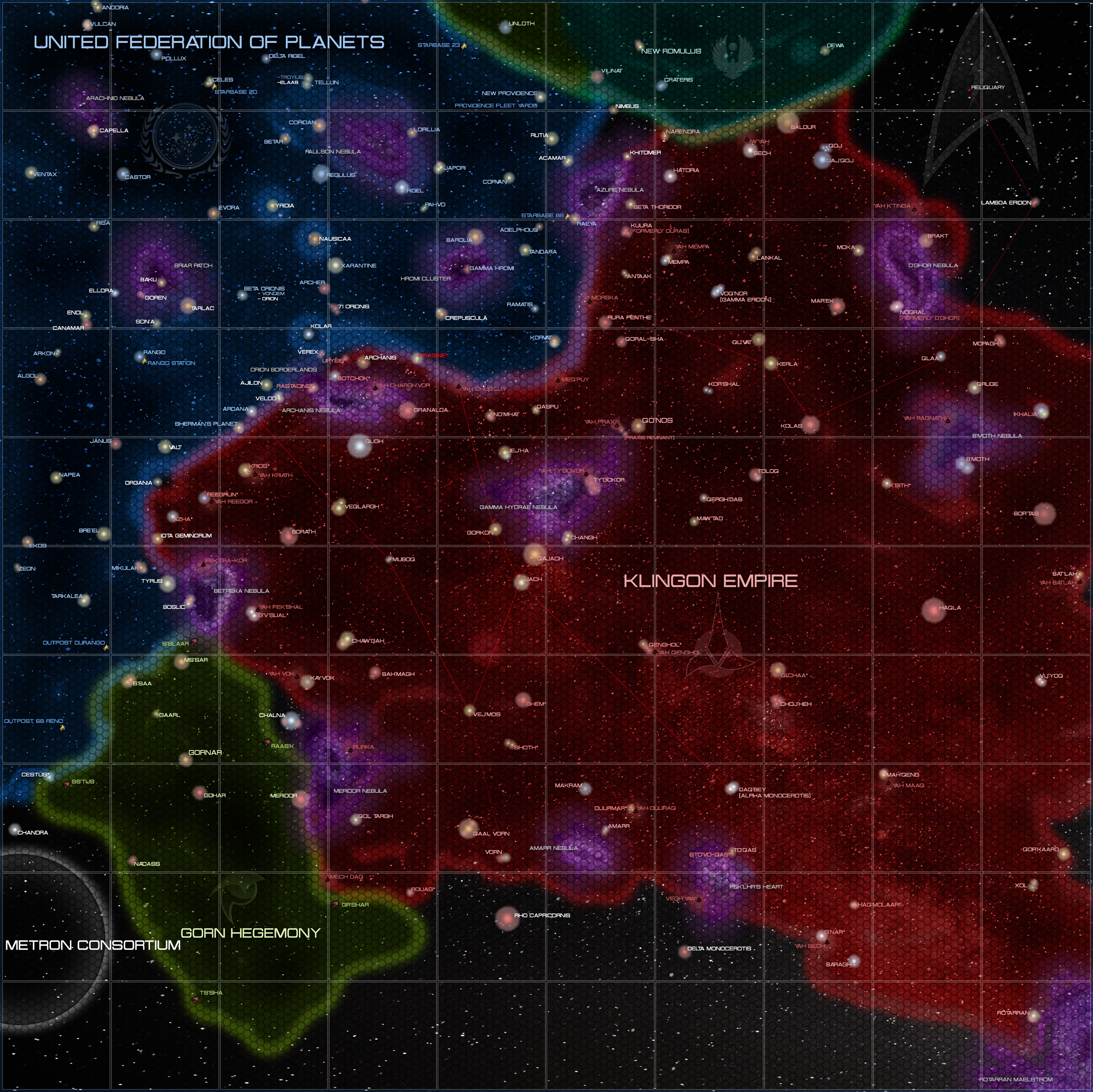 Game Description
Located on a tropical island on Raeya III, Hawkeye Island is understaffed and under-resourced. Task Force 86 and Task Group Athos must reestablish relations with the Raeyans, who have grown leery of Federation assistance since their withdrawal in 2386.
Starbase Commander
Captain Clay Teller