The Guardians of the Gate

Long-tasked as serving as a bulwark between the Federation and hostile powers, Task Force 9 has been charged with defending the Federation’s coreward borders with the Breen, the Tzenkethi, and the Kzinti in order to secure the strategically-important Barzan system and to put a stop to the ongoing raids against neutral worlds in the region. Through diplomacy, innovation, and exploration, Task Force 9 strives to expand Federation influence in a volatile region plagued by violence, despair, and chaos.

The Guardians of the Gate exist to protect the innocent and ensure a bright new future for the Federation and its exploratory efforts through the Barzan Wormhole. 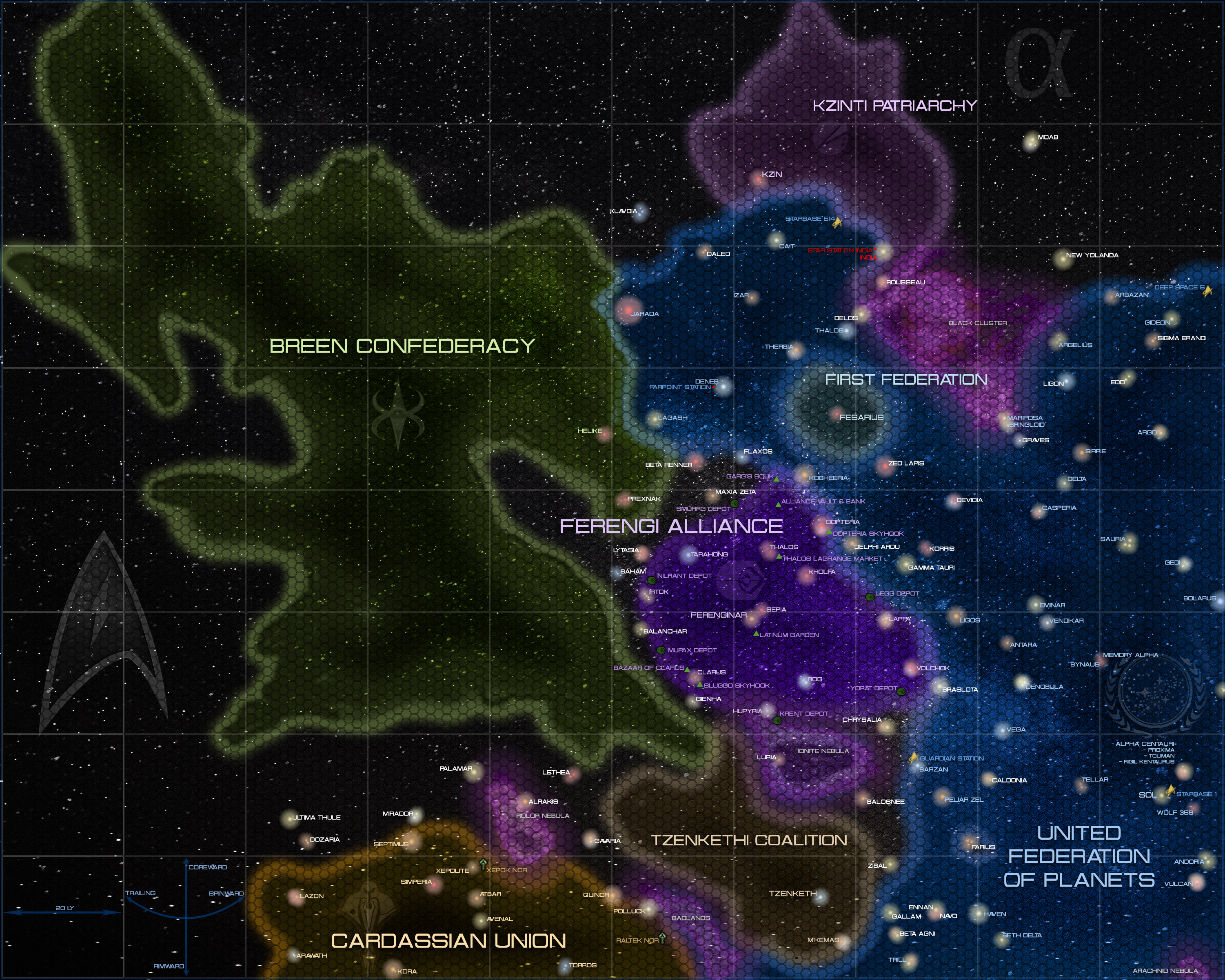 The Barzan Sector is a region of space rimward of Ferengi space that includes the Ionite Nebula, neutral territory, and a number of Federation and non-aligned worlds including Barzan, Chrysalia,  and Caldonia. This area is home to the Barzan Wormhole, which is the only known link between Federation space and the Delta Quadrant, which makes it an area of extreme strategic, economic, and political importance. While Task Force 38 is responsible for all exploratory aims beyond the wormhole, Task Force 9 is tasked with its safety. Priorities in the Barzan Sector are expanding the Federation’s reach towards the Ionite Nebula, which will create a greater cushion between the Barzan Sector and hostile forces such as the Tzenkethi and the Breen.

Home to the Deneb System, the Deneb Sector is located coreward of Ferengi space and shares an extensive border with the Breen. This area of space contains a number of vulnerable Federation colonies which have limited defenses, as well as the ignominious site of the abandoned Farpoint Station project on Deneb IV. Starfleet’s priority in this sector is to establish a network of border outposts to provide defensive and early warning capabilities to the region, as well as to finally construct a forward operating base in the region to support exploratory efforts in the neutral space near Breen territory.

The Izar Sector is located near the outer edge of the Federation’s coreward frontier, close to Breen and Kzinti space. Things in this area of space are calmer than those on the Breen border, but Starfleet must still keep a watchful eye out for pirates, raiders, and other malcontents coming from neutral areas beyond the Federation’s influence. Starfleet’s main priority in this region is to stage exploratory missions in a trailing coreward direction from Federation space.

Game Description
The USS Cygnus is a Nebula-class heavy cruiser that has seen decades of Starfleet service. After a recent refit, the ship has been assigned to the Fourth Fleet in Task Force 9 along the Breen border.
View Details
Visit Website

Game Description
After the crew boards the Apollo at Starbase 38 in the Barzan System, they are pit alongside the Task Force flagship, the Arcturus, against another group of Starfleet vessels to test their mettle and prepare for the rigors of the Delta Quadrant.
Commanding Officer
Captain Sean Gaudain