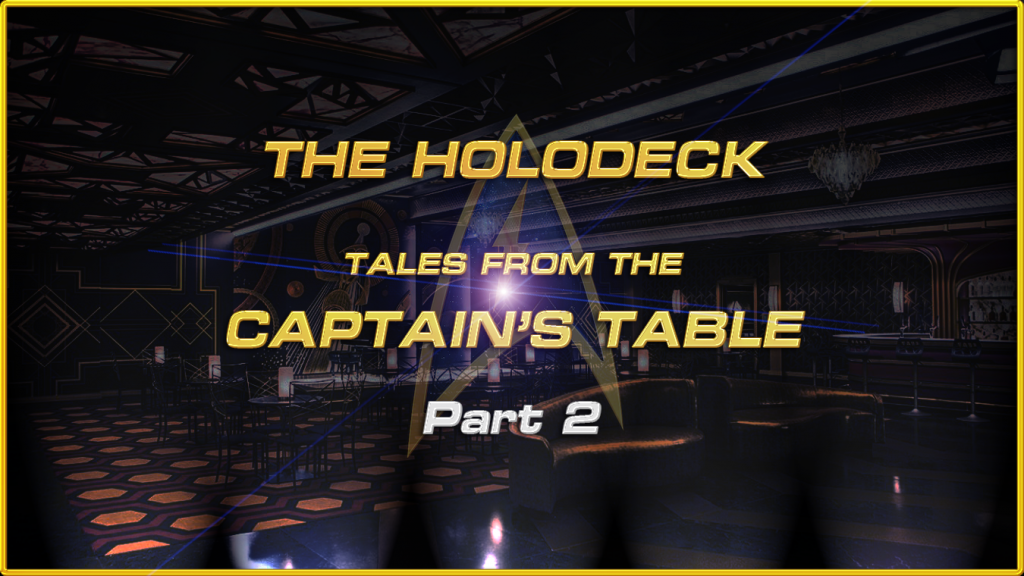 Following on from the previous first competition, this time players must write a joint post with another person in the fleet. The joint post (needs to state who is involved in it) will be submitted to the forums. Both players will need to enter the competition separately via the submission form and include who they did their joint post with and a link to it on the forums. A maximum of 5000 words will be set (with a 10% extra limit if players need to go beyond the 5000 limit).

Please use this title at the start of your post so we know it is part of the competition: Tales From The Captain’s Table – Part II