Welcome to Starbase Bravo, the headquarters for the Fourth Fleet, a.k.a. Bravo Fleet! This is the waypoint for all new officers joining our fleet, as they await posting to one of our four Task Forces, each of which have operations across Federation space and beyond. This large Guardian-class starbase is constantly abuzz with comings and goings as brand-new officers leave for their first commands. It is here that you’ll learn how the fleet works and how to get started.

Starbase Bravo is the designation of the facility designated as the headquarters of the Fourth Fleet: Starbase 4. As a large, modern Guardian-class orbiting Mellstoxx III, a Betazoid colony established soon after the people’s joining of the Federation, Starbase Bravo boasts the facilities to support the fleet’s operational and logistical needs. The original spacedock was constructed during times of tension with the Klingon Empire and the long, cold silence from the Romulan Empire, and was thus within striking distance of both territories.

Ahead of Starfleet’s return to the frontier, a Guardian-class station was commissioned to replace the aging spacedock, as Bravo is intended to serve as a launching post for some of Starfleet’s most vital operations. In addition, there are a number of planetary facilities and other smaller space stations, all of which are collectively part of Starbase Bravo. 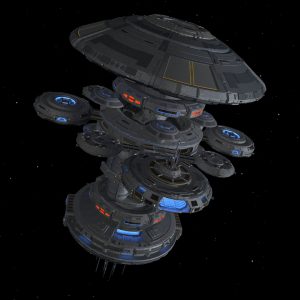 As a large and modern facility, the station is as spacious and comfortable as any in Starfleet. It is, however, fit to burst at the influx of activity of the Osiris Initiative. Already a hub for traffic – civilian, diplomatic and Starfleet – between three of the galaxy’s major powers, operations have increased to support the Fourth Fleet’s renewed activity in the Beta Quadrant.

Starbase Bravo can normally provide all of the engagement and entertainment everyone could ever need. But for once it is reaching its capacity under the circumstances. Holodeck space and bookings are available, but over-subscribed. Such entertainment may be better sought at the gymnasiums and other physical recreational facilities aboard.

There are, however, several notable establishments aboard to meet the social and personal interests of the guests. The majority of them are found in Starbase Bravo’s leisure plaza, a multi-story open space in the heart of the station. They include:

As the most luxurious and in-demand dining establishment on Starbase Bravo, Vandorin’s has barely felt the impact of the crowding. You either have a table at Vandorin’s, or you do not. Run by Esterra Vandorin, a Betazoid chef of impeccable taste, the bistro seeks to provide the most evocative gastronomic experience on the station. Unsurprisingly, it is easier for admirals, diplomats, and highly-respected experts to jump the waiting list and enjoy a booking. With white-linen service, fresh food, music provided by a real string quartet, and Esterra themselves often on-hand to provide recommendations, dining at Vandorin’s is a pure joy. Esterra also has several private dining rooms to hand for secure meetings over dinner, as they understand their clientele.

Run by the brusque Tellarite Skal, Downtime is the bar of choice on Starbase Bravo for Starfleet officers wanting a no-frills drink. The fixtures are similarly plain, all spacer’s smooth metals and functional furnishings. The bar has a history from the original spacedock, and has moved over to the new station. Skal is a former Chief Petty Officer who takes a perverse delight in now speaking his blunt mind to officers. The walls are adorned with replica plaques of starships whose captains Skal and his predecessors have served drinks to, going back to the original Starbase 4’s construction, or else other Starfleet memorabilia. Civilians rarely go here.

An old-fashioned pub-style establishment, run by the ever-helpful proprietor who’s only ever given his name as ‘Terry.’ The Gate Inn, so named for the station’s position on the threshold between Core Worlds and the Federation’s old frontier, is a new arrival at the station. It is decorated much as an ancient Earth pub, with wood-panels and a floor that is somehow always a little sticky. Terry specialises in good beers, but also does a line in hearty pub food. Considering he probably uses a replicator, his limited menu is clearly an affectation.

One of the coffee shops of the leisure plaza, Brew is bright and relaxed. Specialising in a wide variety of hot drinks and baked goods from across the quadrant, it offers both comfortable lounging space as well as decent table space for more intimate or professional engagements. The lighting has been specifically designed, along with the array of potted plants, to evoke a more ‘planetside’ feel.

The starbase has two large docking facilities on the upper and lower ends of the station, with the upper facility being able to hold several dozen large starships with construction facilities to build ore and the lower facility holding several dozen smaller starships; the lower facility does not have space doors and is used for traffic that is expected to have a quick turn-around time. In addition, there are dozens of smaller docking bays and hangers across other areas of the station. It is always buzzing with activity.

Starbase Bravo carries all manner of shuttlepods, shuttles, and runabouts. You can learn more about them here. 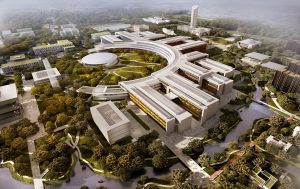 The Bravo Fleet Academy Campus (technically known as Starfleet Academy, Mellstoxx IIII) is the main facility through which officers entering the Fourth Fleet pass, either spending all four years of their training there, or sometimes just a few weeks, depending on their course of study and other factors. This campus has the capacity for 10,000 students and graduates about 2,500 officers per year. As a Betazoid colony, this academy campus is especially known for its counseling program, though it is a full-service academy.

The facility itself has several dormitories, classroom buildings, and athletic facilities, all designed to the highest standards of Federation engineering. The campus is clean, modern, and peaceful, with large grassy areas between the buildings and a quadrangle containing several hundred tree species. Cadets generally spend most of their time on the surface, though they are permitted to visit the main starbase for leisure activities and for certain training exercises.

The Parade Field is used for large gatherings of the student body and for training exercises, retaining its name from several ancient academies on Earth. Cadets rarely actually are asked to march or parade in the modern Starfleet, but this large field can also be used for sporting events and as a landing area for shuttlecraft when large movements of people are required.

The Cadet Union is a large student support facility that has mess halls, lounges, academic advisors and tutors, as well as holodecks. There are a number of cafes as well that offer places for cadets to study.

The classroom buildings on this campus are all about ten stories tall and contain several hundred classrooms each; there are few large lecture halls, but there are a handful of rooms that can accommodate classes of one-hundred for the rare large lecture course.