Echoes of the Tkon Final Results, Winners, and a lot more!

To the members of Bravo Fleet:

Now that the Fleet Action is complete, I’d like to present to you the final results. I won’t go on too much here at the top because I know you’ll just scroll past it and look for the results, so without further delay:

Every member who participated in a competition or organized a competition in the Fleet Action will get one Echoes of the Tkon Challenge Coin, per. These are a one time offering that will never be available again. They will display on your dossier in the Badges section. Bragging rights for all your work! Huzzah! 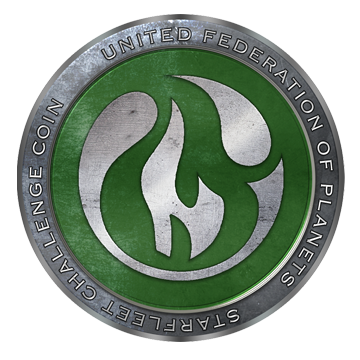 Now come all the non-Fleet Action related news! Since May of this year, I have been pulling double capacity as the Chief of Staff. This is a position that I am intimately familiar with from the ground up. During that time I’ve brought on almost an entirely new staff. We began as a team evaluating stuff on a case-by-case basis as it came in until the point where I was satisfied to back off a little and let the staff run the OCS, more or less. Now that the FA is over I am ready to hand over the reins entirely. After a lot of discussion with Emily, we’ve decided to appoint FAdm James Preston McCallister aka MJ, the current TF17CO, as the new Bravo Fleet Chief of Staff! MJ has a really strong grasp of the concepts of the OCS from his time as both a TFCO and now as a staff member in the OCS for these past few months. I’m also happy to announce that MJ has chosen a Deputy Chief of Staff out of the current OCS and that Commander Th’lora Vehl will be the new Deputy! Congratulations to both of you and I know you’ll run the OCS like a well-oiled machine and the trains will arrive on time!

With MJ moving over to the Chief of Staff role this leaves a wide-open gap in the TF17CO position. Filling this position, however, was practically a no-brainer. Sliding up from the TFXO slot will be Captain Tikva Theodoras aka McGig. McGig has been TFXO of TF17 now for over 10 months and is intimately aware and involved in all things TF17! As TFXO, McGig has also helped MJ run TF events, develop canon, and his heavy involvement in getting TF17 a win in the Fleet Action! Congratulations, McGig!

Additionally, McGig has already selected a TFXO in TF17s very own Commander Th’lora Vehl, who will be pulling double duty as 17XO and Deputy Chief of Staff! Congratulations!

And last, but not least, a new Deputy Loremaster has arrived. Fleet Captain Jonathan Ransom aka Mark will be taking on the reigns of Deputy Loremaster. Over the past few weeks, Mark has been helping our Loremaster, Cath, with all aspects of the Lore Office and its daily and project work business. Not a moment too soon, either, as Cath will be celebrating one year as Loremaster on Wednesday! Congratulations to both of you! Lore away!