For the August Fiction Vignettes competition, we had a lovely image from ThrashMetallix as our inspiration: 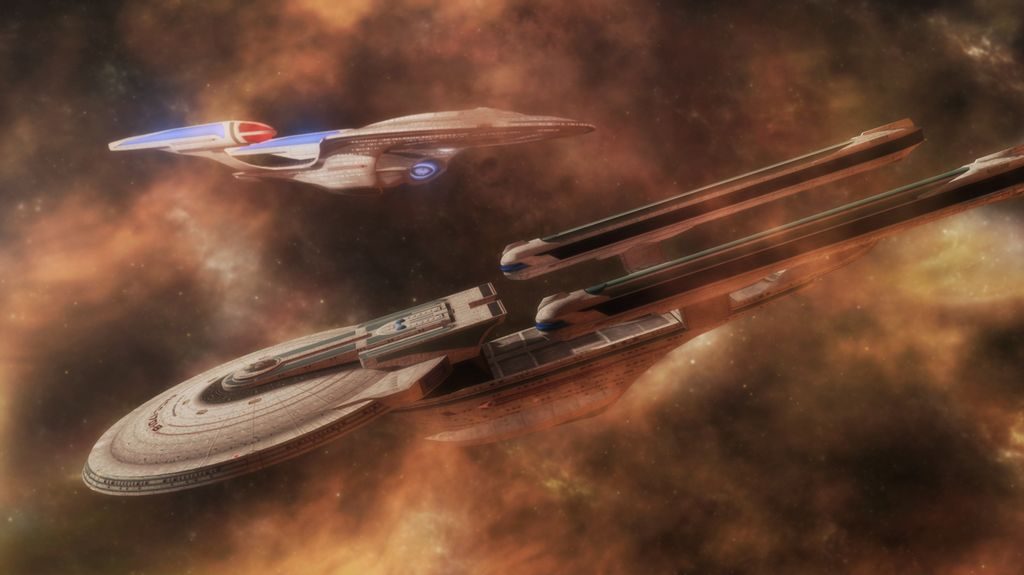 We had one submission, by TrumpetMaster29, and so he wins the first place medal by default:

“You’ve got to be kidding me.”

The antennae of Captain Shon, the new Andorian commander of the flagship, were twitching with intrigue after what his tactical officer said.

“That’s correct, sir,” the tactical officer replied, “according to these readings, that’s ship floating out there is the USS Enterprise-B.”

Shon stood up from his seat and walked closer to the viewscreen. As the ship came around the front, he saw the registry number come up: NCC-1701-B. “She’s been missing for so long; I wonder how she got here.”

The tactical officer brought up the results of their scans of the old Excelsior-class cruiser on the viewscreen. Aside from there being no power and a minimal remaining atmosphere, the ship was in decent shape.

Captain Shon took a few seconds to read over the information before turning to his XO. “Commander, have security and medical teams meet in Transporter Room 1. I’ll lead the away team.

The XO stood up as Shon was heading for the turbolift. “Uh, sir, I know you’ve been in command before, but I don’t think I need to remind you that Starfleet doesn’t allow captains to lead-”

“Yes, yes, I’m aware of the regulations, Commander, but the chance to find out what happened to the namesake of our own ship is too great. Besides, there’s no foreseeable danger.” Shon entered the lift with the tactical officer and turned back as the doors shut. “The bridge is yours…Number One.”

For September, we’re going to be having an abbreviated timeline, with the same rules as before. That’s right, just five days to get together a 300-word story based on this image by Eaglesg! Make sure to enter through the competitions system on the BFMS.