Hello, one and all! A little late because of the holiday season in December, but here we are to announce a few things including the November 2019 monthly awards. I want to apologize for this level of tardiness, but I hope you’ll be understanding that a lot has been going on in the month of December. 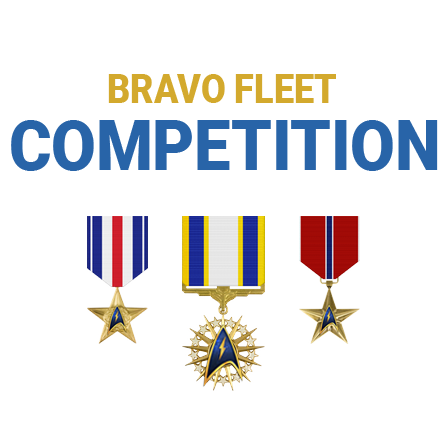 First I will start with the results of the recent fiction competition that ran from November into December. We had some really strong submissions to the prompts and delineating them from one another was a real challenge that came down to minor things. The stories were strong, and the content was great. A lot of it came down to things as simple as spelling and grammar usage. Without further adieu, here are your winners:

“Brace for Impact” by Stacks

Huge congratulations to our three winners! As I said, you guys did a phenomenal job and the delineation was so low, but there has to be a winner in the end. I have a feeling as we get more and more into competitions, and especially fiction ones, that we’ll be seeing these three members at the top of many of them!

Speaking of competitions… bonus round! I am running a new competition until the end of the month of January, which can be found here. But I’ll even save you a click! Here are the details:

Your ship has picked up a deep space transmission (link) that must be reconstructed to determine if it holds valuable information. Reconstruct the information in record time to complete the objective.

Do NOT share this puzzle with anyone else to give them an advantage. All suspected violations will be referred to the Bravo Fleet Magistrates Office. “We’ve had an excellent working relationship, and seeing the Commander interact with the other writers is great as well. Keep up the quality work and the winning attitude.”

“So far the team has begun to weave what will be a base for the entire Task Force! The writers are phenomenal and the leadership is second to none.”

“A well-written introduction post for the new chief engineer!”

“In the simming world, it’s so easy to fall into standard tropes for characters: Vulcan science officers, Klingon security officers, and other expected, anticipated combinations that lead to predictable character development. I want to recognize Shenmi, aka Lt. Cmdr. Niun for developing a custom race (the Mri) with a well-thought culture that meshes very well with the Star Trek universe in ways that many fan races fail to do. In addition, his first post was a fascinating and intriguing look into this character’s psyche that showed us a lot about him and led us to want to know more.”

“The Newton has been consistently active and creative; they’re producing some of the most interesting writing in the task force and we look forward to what they’re going to do next!”

“It’s not always curing plagues and saving lives down in sickbay; sometimes your ship is just cruising between the stars and everyone’s healthy. This post was a nice interlude in which Dr. Vochik went through exploring the tedium of a boring day–seizing on a moment in which he thought a subordinate had performed an inventory successfully, that there was some mystery to be solved, only to realize that he was incorrect and everything was boring again.”

“Scotty, who plays our First Officer Lieutenant Commander Marcus Ryan, has been incredible in keeping the sim going this past month. I am truly grateful for him while I’ve had to attend to personal family matters, I am so glad he joined us our First Officer!”

“The Ochoa’s hit the ground running in their first month as part of TF64. They’ve earned the respect (and nomination) of every other CO in the TF, and they’ve already begun shaping their slice of the Star Trek: Discovery timeline. We can’t wait to see where their first mission leads!”

The Science is What Matters, USS Ochoa

“This post between the Ochoa’s current and former Captain highlights an important theme during this time frame: Is Starfleet truly focused on scientific exploration or are they a military organization? It shows the tension and internal struggle Starfleet faced during the Discovery-era Klingon War.”

“Since joining Shingoen has been a compelling character with depth and continues to surprise me at every turn.”

Selected by the TFCO for PotM.

“Kyle has brought a fun to element to the ship with his high-school aged character, which incited several other players to draft up high-schoolers to cause trouble with him as well. It’s been a fun new element to the Asger and a great add to the game.”

“I feel like that ship is doing a lot of things right. I have snagged a few things myself from them over the years, but every month when I’m watching other ships, it seems to be the one I gravitate towards. I know I’ve given it a nomination before, and it has won before, but it continues to be a good reliable ship to look into. The characters are interesting, the story is solid, the posts are great, and I’m a sucker for ships that don’t stick to the normal batch of ships we see, and it definitely fits that bill. All in all, a great simm.”

“This post was a brilliant introduction to a character who was joining the sim in the middle of a pitched battle with temporal anomalies all over the place. It’s that ingenious jumping off point that I think is worthy of a nod for the title of post of the month. It may be early in her time with the Shanghai, but starting off with such a bang is a great foot to start on, and led to even more mysteries for the next mission. I, personally, love when players inject that bit of extra into the missions as it gives them an extra bit of lifeblood that one person leading them just cannot do. It was a great first post, and I expect to see the player on my lists more often.”

“Ensign Elani is a wonderful character to interact with and is really desreving of the Task Force 99 Player of the Month Award. The writer has been very active, and helping move the story forward.”

“Kelvin timeline mirror universe sim is a fun read. To be a mirror of a mirror, and seeing how things unfold is a fresh and interesting prospect. My hats go off to the crew, for their creative approach to the sim.”

When the Pain Becomes Too Much, Vidal Fleet Yards

Selected by the TFCO for PotM.