With an instant, the silver and white holodeck disappeared and was replaced by the bridge of the old NX-class class starship, Challenger. Stood frozen in the centre of third warp five capable starship, Fleet Captain Lloyd Burton remained still with his hands on his hips and his entire bridge crew all sat at their stations, posed in a similar still position.

Burton came to life in an instant and he started to hand out orders as the ship went to tactical alert and automatically began to fight against the Romulan ships.

We have twelve active games ranging across numerous universes and time frames. All of whom enjoy writing stories outside of the current Trek mainstream timeline/universe. 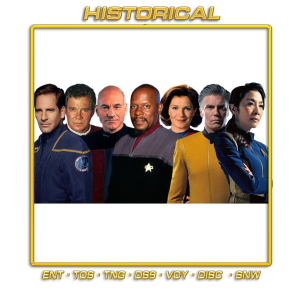 Along with our Enterprise era games, we have the Excalibur set in the Discovery/Strange New World era and the Minerva set in the late twenty-third century. Both are active games! 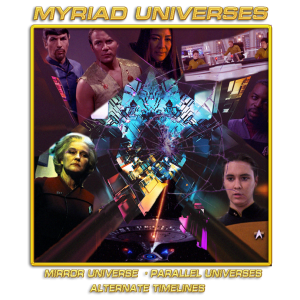 Dealing with parallel universes in different timelines, our non-canon group explores the possibilities of ‘what if’ questions based on Star Trek canon. 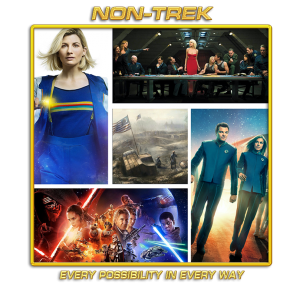 Finally our Non-Trek group with three active games dealing with the Battle Star Galactica universe, the Star Wars and the past from colonial times in America. Each one is unique and goes beyond the imagination!

For example, Battlestar Artemis is an alternative take on the BSG story we all know and love from another crew who were able to escape from the Cylon uprise! While Legacy of Shadows is a Star Wars writing group set during the era of Bioware’s The Old Republic. As the tenuous peace treaty breaks down and the cold war tensions rise, both the Sith Empire and the Galactic Republic vie for the upper hand in the oncoming conflict.

Please keep a close eye out as The Holodeck will be launching a fleet wide set of competitions, As Times Goes By… in August! The event will be open to all in Bravo Fleet! Expect to see a range of competitions take place, with some familiar ones returning and ones that are brand new. We are hoping to engage everyone and using this opportunity to expand Bravo Fleet’s Lore too!

We are happy to welcome to The Historical group, the arrival of the USS Hephaestion. Keep an eye out for its stories on the forums! It has a unique storyline, it’s story is set across the Hephaestion’s 50+ year history from her construction in the 2340s to her destruction in March of 2399. It will cover big events including Starfleet history (such as the Cardassian and Dominion Wars, Wolf 359) from the perspective of the ship’s crew, and on important moments in the life of Jonathan Knox.